Sometimes, when you open iTunes or Music app on computer, iPhone or iPad, you may find that the songs should be in an album are split in 2 albums with same or similar artwork. What causes Apple Music to split an album into 2 albums? How to fix the problem of Apple Music splitting albums and sort all the songs into an album? In this article, we will introduce the reasons and solutions, as well as introduce Apple Music Converter which can also resolve this problem by editing music information of Apple Music songs and converting to MP3/M4A with same album information.

What Causes Apple Music to Split an Album into 2 Albums

The Apple Music songs and albums downloaded in iTunes/Music library are sorted in albums. This is convenient for users to view and manage the songs. However, sometimes, you may find that the songs that should be sorted in same album are split into 2 separated or more albums, which brings inconvenience instead. You may wonder what causes Apple Music to split an album into 2 albums? In fact, there are mainly 3 reasons.

When you open the detailed page of an Apple Music album and scroll down to the bottom of the song list, you can easily find one or more albums under "Other versions" label. Take Taylor Swift's standard "1989" album as example, the standard version includes 13 songs and you can find "1989 (Deluxe Edition)" includes 19 songs, "Taylor Swift 1989: Karaoke" includes 13 songs of karaoke versions, and "1989 (Big Machine Radio Release Special)" includes 26 songs. 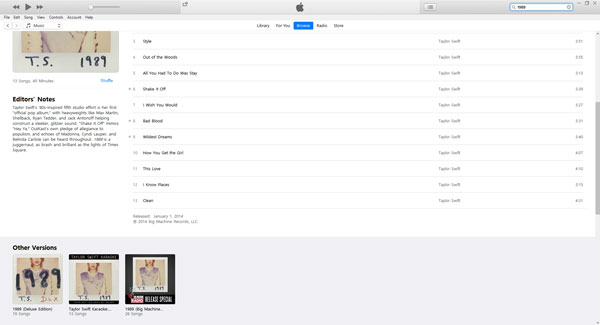 Different ID3 tags also cause problems of Apple Music splitting albums. For example, the compilation album includes songs by various artists and the ID3 tags like artist, album or album artist may be different. If you enjoy some songs in other languages, the genre may be in English or in other language. Sometimes, translation also causes the problem, for example, the name of foreign artists or foreign songs may be in its native language or may be translated into English.

2 Ways to Fix the Problem of Apple Music Splitting Albums

There are mainly two ways to fix the problem of "Apple Music splitting albums".

If the album is compilation, you can right-click the album, click "Album Info" and you will be asked "Are you sure you want to edit information for multiple items", click "Edit items" button, and details tab will be displayed. You can uncheck "Album is a compilation of songs by various artists" and click OK to apply. If it doesn't help to fix your problem, you can use same steps, then check this option and click OK to apply. Sometimes, the problem can be resolved by this small trick. 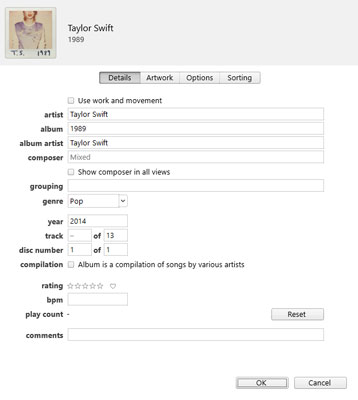 Apple Music Converter is very easy-to-use and intuitive, you can convert the splitting albums to MP3/M4A with same album information with only a few clicks.

Apple Music Converter provides MP3, M4A, WAV, AIFF, FLAC, AC3, etc. as output formats. However, only MP3 or M4A output format allows you to edit ID3 tags. So you need to choose one of them. If necessary, you can choose output audio quality in profile list.

Click a song in the splitting album, then click Metadata tab in the bottom, and you will be able to edit song title, album, artist, album artist and genre. If necessary, you can also change the artwork. 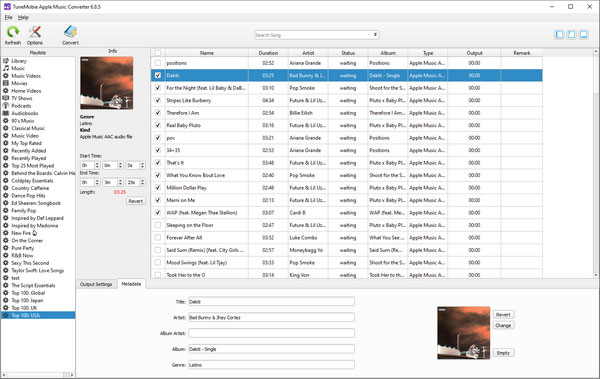 If you encountered the problem of Apple Music splitting albums, we hope this article can be helpful. If you want to enjoy your favorite Apple Music albums on iPod, Walkman, or MP3 player without limitation, then do not hesitate to download Apple Music Converter to have a try first.

Video Guide of How to Convert Apple Music to MP3