If you are an Apple Music subscriber and mainly listen to the songs without any other intention, you may not feel the inconvenience brought by the DRM protection implemented on the tracks, or you are even not aware of that Apple Music tracks are DRM protected. However when you want to sync Apple Music songs to your iPod or copy to MP3 player, or want to use them as background music, you will find that DRM protection is really annoying and you may want to get rid of it with an Apple Music DRM removal solution. Apple Music Converter is absolutely perfect for removing DRM from Apple Music and you can download the free trial version to have a test first.

DRM is the abbreviation of Digital Rights Management. It is a set of access control technologies and is mainly used to restrict the use of digital contents like music, movies and books. Apple, Amazon, Microsoft and many different companies developed its own DRM technologies and apply to different services. When it comes to Apple, Apple also implements DRM protection on Apple Music, movies, TV shows, music videos and audiobooks.

As to Apple Music, Apple allows you to enjoy the tracks on Windows 7 or later, Mac 10.9.5 or later, iPhone/iPad/iPod Touch with iOS 8.4 or later, Apple TV 4 or later and Android mobile phones with Android 4.3 or later. If you only listen to Apple Music songs on the mentioned devices, there won't be any inconvenience, however, DRM protection on Apple Music actually brings serious inconvenience on different scenarios, below are some examples.

Because of various restrictions, many people thought that R stands for Restriction and DRM stands of Digital Restriction Management. 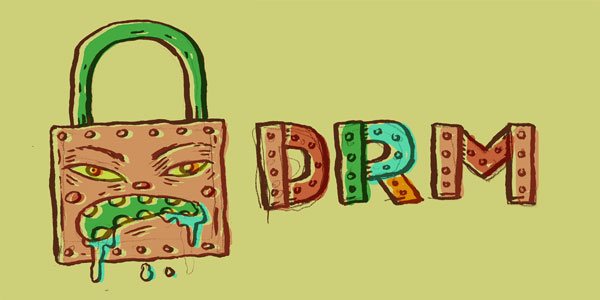 Do you notice that iTunes M4V movies, TV shows and M4B audiobooks are limited to Apple devices while Apple Music is available on Android mobile phones? It indicates that Apple adds DRM protection based on benefits and users are not in the first position. That's also why many subscribers want to get an Apple Music DRM removal solution.

If you have purchased iTunes M4P music before March 2009, you may know that the songs are also DRM protected. You can burn M4P songs to Audio CD with iTunes, then use any free or paid CD ripper to rip the CD and save as MP3. Now, downloaded Apple music songs are also in M4P format, you may think that you can use the same way like the old M4P files, however, it no longer works because Apple doesn't allow you to burn Apple Music tracks to audio CD.

After removing DRM and converting to MP3 or M4A, you can enjoy your favorite Apple Music songs on any devices and use them as background music in different programs without any limitation. With this DRM removal solution, all the inconveniences brought by DRM protection will disappear.

Launch the Apple Music DRM removal software and iTunes will be automatically opened as well. Just keep iTunes running before the task is done and do not operate iTunes.

In the left panel, you can find different playlists which are loaded from iTunes library. Apple Music songs are listed in Music playlist and separated Apple Music playlists. You can also use the built-in search box to locate any songs quickly.

Both MP3 and M4A are all-purpose audio formats, so you can convert DRM-ed Apple Music songs to MP3 or M4A for various purposes. MP3 is the default output format but you can also choose M4A or other audio format in the output format list. And choose output audio quality in profile list.

Now simply click Convert button to start conversion and DRM protection added on Apple Music will be removed during the conversion. When conversion is done, you can click "Open output file" button to locate the output files.

With TuneMobie Apple Music Converter, Apple Music DRM removal is just as easy as a breeze. No matter how many songs in your iTunes library, you can enjoy them on any device and use them for any software. And you can even keep the songs after your subscription ends. But remember that Apple Music DRM removal solution is only for personal use, you should never use the songs for commercial such as selling the output songs to others.