Things You Need to Know about Google Play Music

With 30-day free trial of an "All Access" subscription and over 40 million songs in catalogue, Google Play Music is a good alternative to Apple Music and Spotify. Users can purchase additional tracks for their library through the music store section of Google Play. Of course, Google Play Music also allows you to stream songs directly with internet connection on iOS and Android devices, and download songs for offline listening. 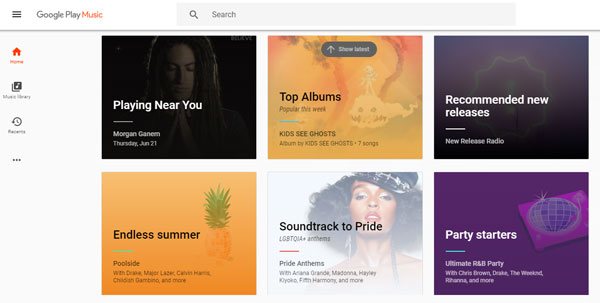 One of most noticeable feature is that Google Play Music allows any users to upload up to 50,000 songs with free account. Google Play Music natively supports MP3, however, if your songs are in M4A, FLAC, Ogg, ALAC format, files will be converted to the same bitrate (quality) .mp3 files.

TuneMobie Apple Music Converter helps you easily organize and rename the output files by ID3 tags and characters. Besides, the built-in tag editor allows you to edit metadata before conversion.

Batch conversion is perfectly supported. And up to 16X faster conversion can be done on Windows 7/8/8.1/10 and macOS 10.9.5 - 10.12. The Windows version can even convert the Apple Music songs you haven't downloaded to iTunes library but you you have added.

Choose Apple Music songs by ticking the checkboxes. Or tick the top checkbox to choose all the songs in the playlist. Besides, a built-in search box can be used to locate songs quickly.

Step 3: Use as MP3 Output Format

Apple Music Converter supports up to 7 output formats. However, only MP3 can be directly uploaded to Google Play Music. So let's choose MP3 as output format.

Now, open Google Play Music page, click three-line ≡ button in the upper left and click "Upload Music" to start uploading converted Apple Music songs. When it's done, you can use "Google Music Player for Chrome" to play the songs. It's also the best way to enjoy Apple Music on PC with a web player now. 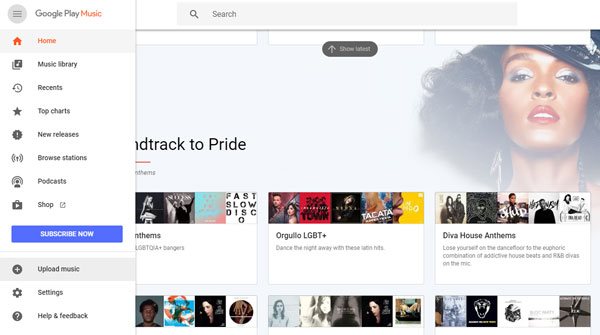