TuneMobie
> Tutorials > How to Convert M4P to M4A

How to Convert M4P to M4A

M4P file extension is only used by Apple. Whenever Apple uses M4P, Apple uses it as a protected audio format. M4P was file format for purchased songs from iTunes Store, but now Apple uses this file extension for offline Apple Music songs when using AAC quality. In this article, we will introduce how to convert M4P to M4A for both old protected M4P files and Apple Music M4P songs. As to the latter one, TuneMobie Apple Music Converter is the perfect solution for you.

Some Knowledge of M4P Audio Format 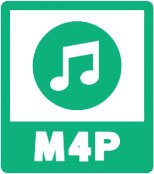 However, protected audio files always come with some inconvenience. For example, you have purchased the songs, but you can only play the M4P songs on iPod or iPhone, and you can't play such M4P files on MP3 players from other manufactures. After 2009 March, Apple abandoned M4P format and switch to M4A which is much more convenient. When Apple started to sell DRM-Free M4A songs in 256kbps, which is same quality as M4P, iTunes called it iTunes Plus. Apple didn't let users choose which songs to upgrade, there were only two options: upgrade it all, or not at all. The upgrade fee for a song or an album was small, however, with lots of songs in iTunes library, the upgrade fee could be huge.

As time went by, most users had upgraded M4P to M4A using different methods, some paid for iTunes Plus, some burned M4P to CD and rip CD to M4A and some used dedicated M4P to M4A converter. When we thought M4P would be forgotten, it came into our sight again when Apple released Apple Music service.

When Apple Launched Apple Music streaming services in 2005, users found that Apple adopted M4P file extension again. In iTunes Media folder, you can find the downloaded Apple Music tracks and the audio quality is 256kbps again. However, M4P files were encrypted again. The encryption restricts the users to play and enjoy Apple Music songs on specific devices. Unluckily, iPod Nano/Shuffle, Sony Walkman and other MP3 players can't be used to play Apple Music M4P songs, that is why more and more people want to find a professional M4P to M4A converter when more and more people use Apple Music.

The Differences between iTunes Store M4P and Apple Music M4P

Both iTunes Store M4P and Apple Music M4P share the same file extension .m4p and have the same audio quality of 256kbps AAC, both of them are protected, however, there are many differences between them. You can check the comparison table below to learn more details.

How to Convert iTunes Store M4P to M4A?

When Apple switched to iTunes Plus, users needed to pay additional fees to upgrade purchased M4P songs to unprotected M4A songs. However, if you have a large music library, the amount of the upgrade fees will be considerable. That's why many users tried to find a way to convert iTunes Store M4P to M4A.

Though the M4P songs are protected, you purchased them from iTunes Store and you have the ownership. Apple allowed users to burn iTunes Store M4P files to audio CD. Since audio CD can be easily ripped to MP3, M4A or WAV with all kinds of free audio CD rippers, users can burn M4P to audio CD, then rip audio CD to M4A to reach the goal of converting iTunes Store M4P to M4A. Here are the steps.

Step 2: Go to music library, choose the songs and right-click, then add to the playlist created in step 1.

Step 3: Insert a blank CD-R disc to your CD-RW or DVD-RW drive.

Step 4: Right-click the playlist and click "Burn Playlist to Disc". 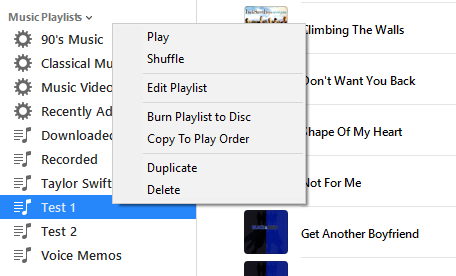 Step 5: Adjust options in the burning settings dialog depending on your need, choose "Audio CD" in Disc Format list and you should also check "Include CD Text" in order to keep the music information. As to "Preferred Speed", we recommend slower speed for better quality. 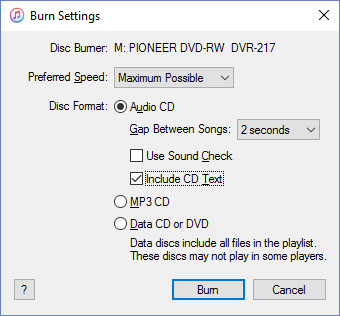 Step 6: Click "Burn" button to start burning iTunes Store M4P to audio CD. Depending on the songs you added to the playlist, you may need to insert multiple CD-R discs to get multiple audio CDs.

In this way, you can convert iTunes Store M4P to M4A. However, such a process requires burning CD which may lead to disc waste. Once you have got the M4A files, you don't need to use the audio CD any more. So at that time, there were also some programs which use memory as virtual CD-RW to emulate the steps above, which help to convert iTunes Store M4P to M4A directly with the virtual CD-RW. This was really smart.

TuneMobie Apple Music Converter is available on both Windows and Mac. No matter which version you use, it can only convert 3 minutes of each song and only convert 3 files at a time, but this is enough for you to try Apple Music M4P to M4A conversion. You can get the free trial version from the links below. 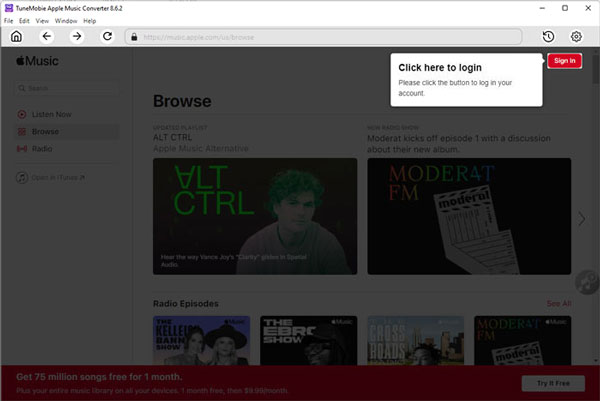 TuneMobie Apple Music Converter provides MP3, M4A, WAV, AIFF, FLAC and AUTO option as output formats. By default, AUTO option will be used and it's actually 256kbps M4A which is equal to Apple Music audio quality. You can use default output format directly. However, you can also click Settings icon to open Settings dialog, and select M4A format, then choose your favorite bitrate. M4A bitrate can be up to 640kbps. 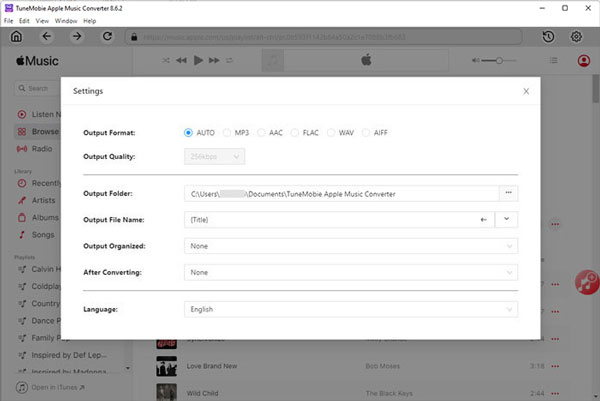 There are some more useful options in Settings dialog where you can set output folder, how to rename and sort the output files, action after conversion, etc. 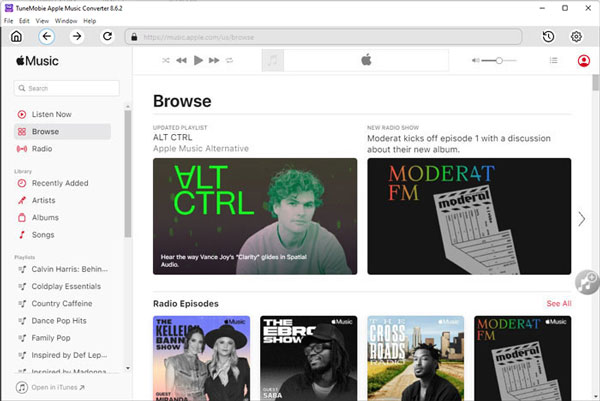 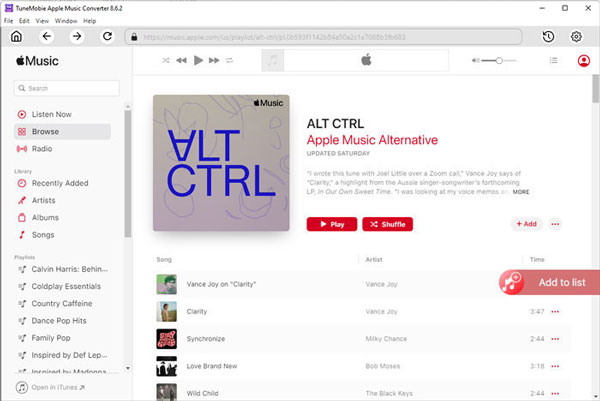 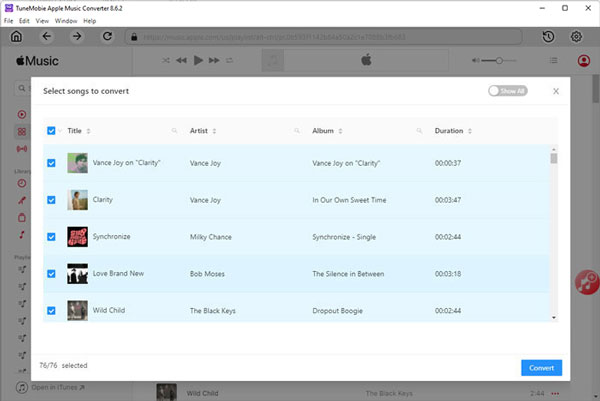 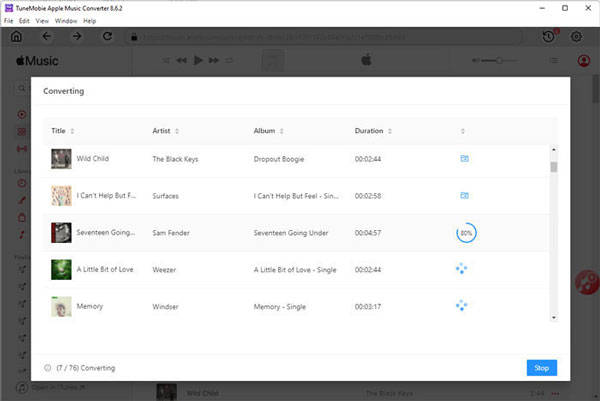 In this article, we know that M4P file extension was used in two different periods. Apple is not selling M4P songs in iTunes Store any more, while Apple Music service, which adopts M4P file extension again, is becoming more and more important in Apple's echosystem. For old M4P files from iTunes Store, we can burn M4P to CD and rip CD to M4A to reach the goal of M4P to M4A conversion, however, for current M4P files from Apple Music, TuneMobie Apple Music Converter is the best solution to convert M4P to M4A.