Use Plex Media Server to Manage Your Music Library

Plex Media Server is one of the best software that can help you organize your media library including videos, music and photos. Plex Media Server works as desktop application on Windows, Mac, Linux and some types of NAS devices. It also works as streaming media player for various devices including mobile phones, tablets and game consoles.

Plex Media Server is free but a one-time unlock fee for full playback is required for iOS, Android and Windows app if you don't have a Plex Pass. With Plex Premium account, you don't need to pay for the unlock-fee and can enjoy more features like automatic photo-tagging and places, Plex cloud, Plex DVR, mobile sync, cloud sync, audio Fingerprinting, lyrics, mood mix, Plex Mix, parental control, multiple users and many more. 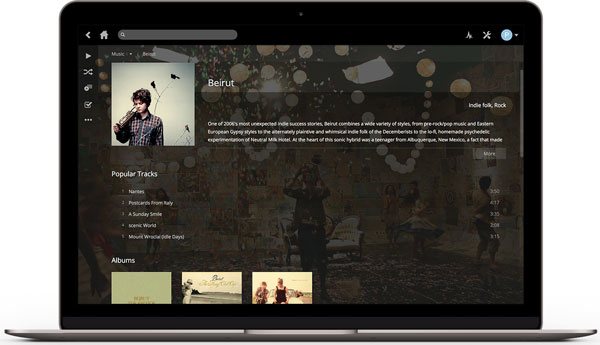 Apple Music Converter provides 7 audio output formats and you can choose MP3, M4A, FLAC or WAV for Plex Media Server. We recommend you use 320kbps MP3 or 256kbps M4A as output as there is no quality loss and ID tags will be preserved.

Now you can add the converted Apple Music songs to Plex Media Server. Install Plex app on your target devices, then you can stream the output songs to the devices with ease.